Some People Should Never, Ever Quit Their Day Jobs

Try Asking for One of These at Starbucks

Within the six years Yamamoto has been working at a coffee shop in Osaka, he’s racked up more than 100,000 Twitter followers obsessed with his latte art. 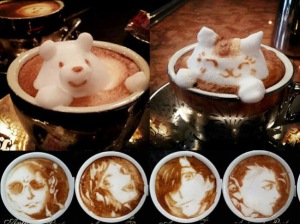 Yamamoto must work quickly to satisfy customers’ desires for a fresh cup of Joe. He claims he completes each work of art in under four minutes, so the coffee is still hot when he serves it.

Sometimes One Cup Is Not Enough

In the past, he’s created latte portraits of his Twitter followers. This is Twitter fan Peter Harrison, before his latte transformation. 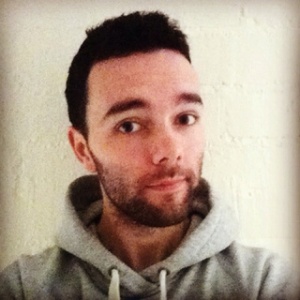 And Here He is After:

(According to Mr. Harrison, the gift was a complete surprise.)

He Uses Just a Spoon and Toothpick

Yamamoto says he uses two very common objects — a spoon and a toothpick — to create all of his art. He pours the foam in first, then uses the toothpick to paint with espresso and the spoon to create shapes.

The water’s…well, the water’s actually coffee. But it sure is nice and toasty in here.

This is why the Japanese love the metaphor of cherry blossoms. “Because cherry trees blossom for only a week or two every year, when they do blossom, there is the emotional poignancy of knowing that it is only a temporary state of affairs,” writes Koren.

You could read this as a sad statement about the plight of the polar bear or you could gape in awe at Yamamoto’s magnificent attention to detail.

Then There’s This Amazing Giraffe

What better way to show off your over-the-top creativity than crafting a sculpture of the most vertical of creatures, the giraffe? I would have major guilt destroying this work of art in order to get my caffeine fix. 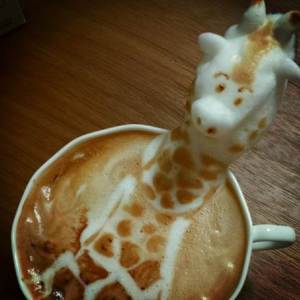 18 comments on “Coffee Anyone?”